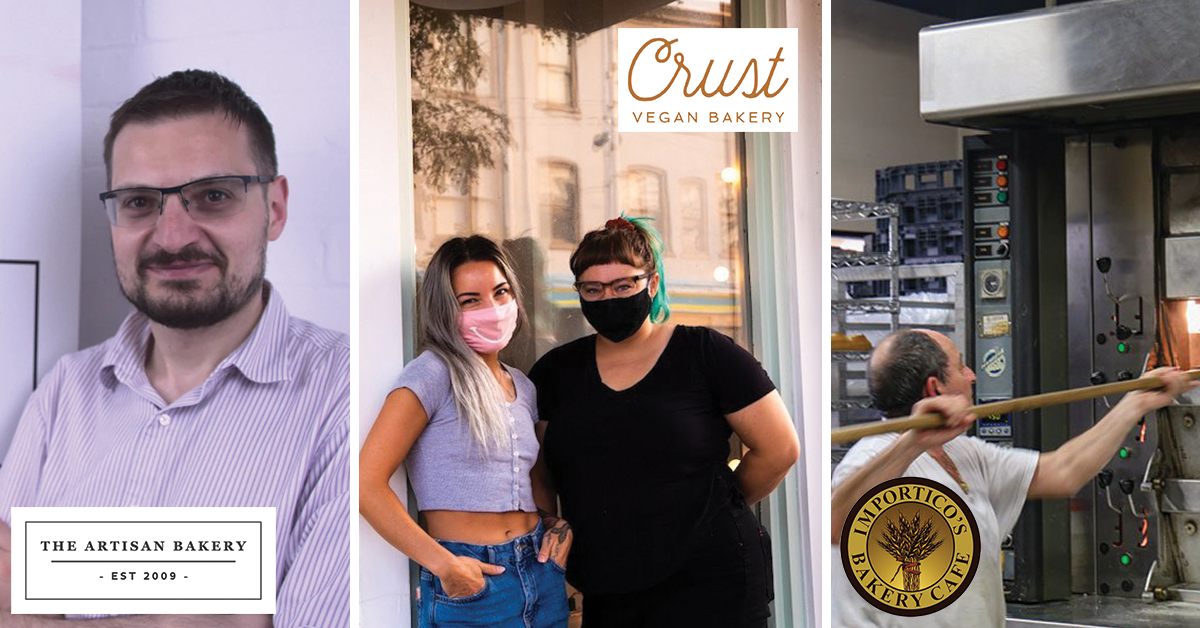 An improved work/life balance, automated invoicing, and better business analysis are cited as just three reasons why wholesale bakeries subscribe to Cybake in the latest feedback from our users.

Florida’s Importico Bakery, which operates combined wholesale bakeries and cafes in both Stuart and Fort Pierce along the Treasure Coast in the USA, joined the Cybake user family in 2021.

The business sought an efficient solution that could give its employees a better work/life balance and optimise its costs.

Importico Bakery owner, Stephanie Blankenship, says: “Honestly, on a personal level, it was just life-changing the amount of stress Cybake saved me. I had to work on production eight hours a day, plus work eight hours a day. That’s a 16-hour day. There was no way to live, it was very frustrating.”

“Everything was on spreadsheets and paper, so, you can imagine, as the bakery grew, and the sheer volume increased – that’s a little daunting to do by hand,” says Stephanie.

Cybake reduced the number of errors and also “set boundaries” for their customers by driving them to set standing orders.

Stephanie’s customers were also pleased with the switch, “Cybake helped me push almost 100% of my customers to set standing orders. So that’s huge! Because I said to them: ‘Look, set the standing order. That way you’re guaranteed an order if you forget to order.’ It also protects them.”

Staff now feel less pressured, she adds:  “We make our products from scratch. We make the dough, we ferment the dough, we proof it. It’s a two-day process to really maintain the quality of our products. So instead of overloading our staff to start another batch in the middle of the night, it’s made them a lot happier too.”

Crust Vegan Bakery in Philadelphia, Pennsylvania, USA, is a growing wholesale operation and shop that opened in 2016.  It was established by Shannon Roche and Meagan Benz, who were brought together by mutual friends.

With a passion for vegan bakery and shared life experience of growing up in areas that “didn’t have much vegan stuff”, the pair got to work quickly, rapidly expanding their business over the course of six years.

Meagan Benz says: “We never really thought it would be as big as it’s got. I mean, we’re not big; we’re a very small business. But we’re in the process of hiring, and, by another year, we’ll have potentially 19 employees; at most we’ve had about 17. So, it’s growing.”

Meagan describes their decision to join the Cybake user family as “monumental”.

Before using Cybake, Crust Vegan Bakery did all their reporting by hand and used QuickBooks to invoice wholesale customers manually.

Meagan says: “It’s been super-helpful to have those reports generated automatically. Literally, every day we were generating them manually. There was always a mistake somewhere. We would always short something or bake too much of something because we did the maths wrong. It’s a lot to do manually when you’ve got 60 customers, so Cybake has been awesome for our wholesale side of things.”

Meagan’s initial fear was that switching to Cybake would disrupt her business. However, she quickly found that customers who didn’t want to move with them were “outliers”.

She says: “I think that the customer-facing side of things is so simple to understand that it largely has been pretty easy. I was honestly more anxious about the transition than anything else.

“I thought: ‘What if customers are difficult and get really upset and they don’t want to change with the times?’ That would be frustrating. But, honestly, we had really, really good feedback and people were excited for us to be elevating to the next step.”

Another bakery that describes Cybake as a “step up” is The Artisan Bakery in London, England. Founded in 2009, the large wholesaler began using Cybake 11 years ago.

Cristiano Sudiro, operations manager, explains how the bakery software allowed The Artisan Bakery team to get to know their business better.

He says: “It helps us understand the business in general; what products the customers are ordering and what products sell more than others. It’s good to have as much information about your customers and your products in the same place in order to link all that information together.

“With Cybake, we can get a better understanding of the sales, where they go, what they were and what products are sold. It’s easier to analyse our business now.”

Many wholesale bakers recommend Cybake as their go-to bakery management software. Want to find out more about why? Get a demo today!

Chris James is a communications specialist for Cybake and Cybake USA.

RT @RetailBakers: BOB at @BakingExpo - REGISTER TODAY! Retail and Wholesale shops looking to learn everything from planning and operations…