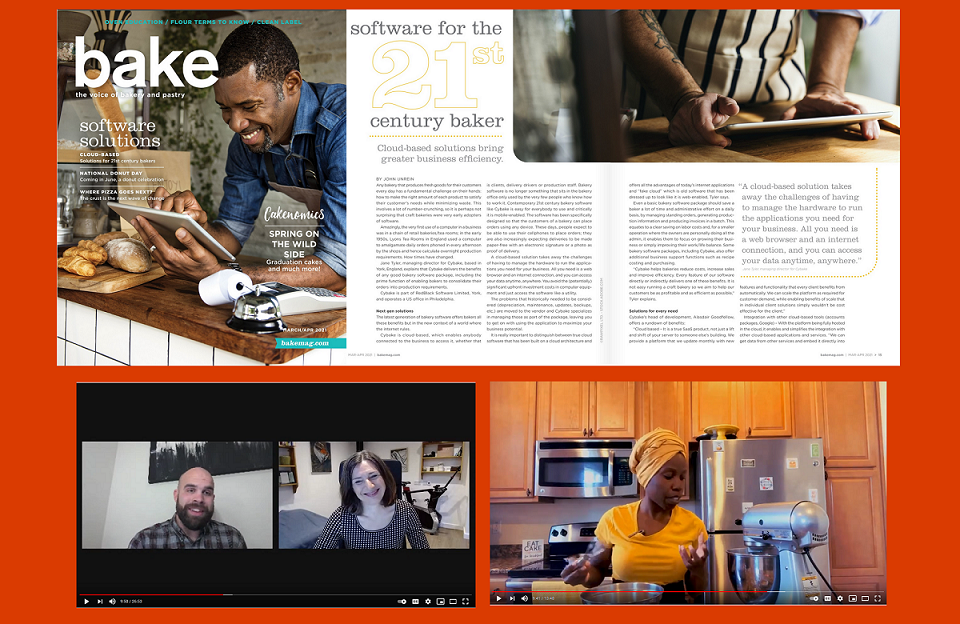 As more bakeries in the United States sign up for Cybake each month, our bakery software has caught the attention of the American baking media.

First up, we had a great response from readers of bake magazine, the U.S. trade title aimed at the retail side of the industry, after it featured Cybake in its April cover article “Software for the 21st century baker”.

Written by veteran baking industry journalist and bake editor John Unrein, the piece gives a great rundown of where bakery software, and especially Cybake, is at right now in 2021.

Next, our managing director (and Cybake’s original creator), Jane Tyler, was interviewed by BAKERpedia, the Oregon-based e-learning oracle of all things relating to commercial baking.

Jane was featured as part of BAKERpedia’s fascinating Thought Leadership Thursday series, and you can see the interview here.

Talking of which, did you know that our very own Oprah Davidson is a member of BAKERpedia’s talented roster of baking industry influencers?

As well as being Cybake USA’s business development manager, Oprah is an award-winning baker in her own right and you see her doing her thing here.

And if that wasn’t enough, you can see Oprah wearing her journalist hat in this great interview with IREK Baking’s Jason Gray , which also featured as an episode of BAKERpedia’s Thought Leadership Thursday series.

Big thanks to @annebruce for including some nice words about #Cybake from Lara Oddie in this very timely article in… twitter.com/i/web/status/1…