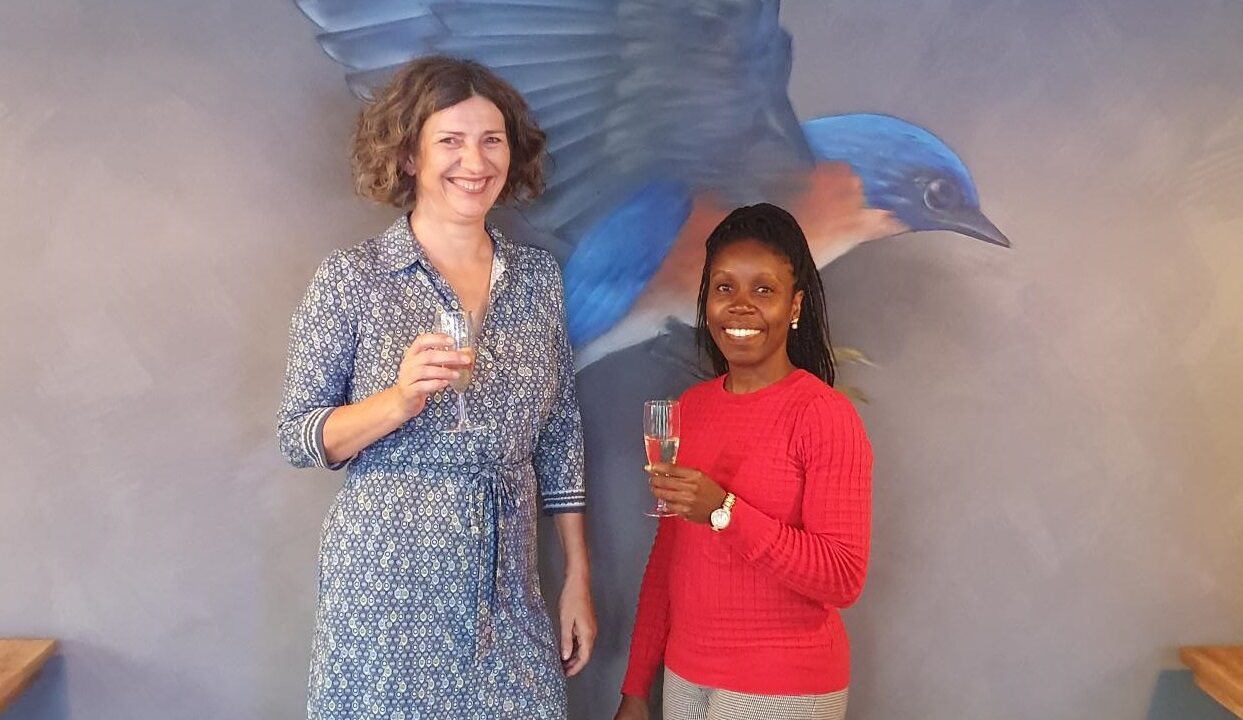 Cybake is celebrating the signing up of 23 commercial bakeries in its first year of operations in the United States.

Cybake was founded almost 25 years ago in York, England. While our bakery management system has become an industry standard among bakeries in Britain and Ireland, the company opened its first American office in Philadelphia, PA, in November 2020.

Since then, Cybake’s establishment in the Unites States has been cultivated by its U.S. development manager Oprah Davidson (pictured above, right), an award-winning baker whose CV includes roles at Christina Tosi’s Milk Bar and the Institute of Culinary Education, located in New York City.

Oprah says: “Cybake is the bakery software I wish I knew existed when I was in the kitchen. Being part of a company that’s actively working towards the betterment of the baking industry, which I care about deeply, has been a dream come true. Speaking to bakers across the nation and providing solutions to their everyday frustrations makes my role so rewarding. We’ve gotten our first year down, now we are looking forward to many more.”

The first bakery in America to sign up for Cybake was Quality Bakers of Tennessee, a long-established wholesale bakery in Knoxville that supplies fresh bread to local restaurants, caterers and schools, as well as to big distributors such as Bimbo Bakeries.

Quality Bakers’ co-president, Beth Dible, says: “Cybake takes you to a more sophisticated level of running your business. It got us to that next level to make it easier to manage everything in one place. It simply pays for itself.”

Dozen Bakery’s owner, Claire Meneely, says: “I was looking for something a bit more updated in terms of a cleaner interface and that was more intuitive and easier to use.”

Claire adds: “We have been live with Cybake for three months now. With the ability to combine production and orders, Cybake was able to streamline things so that it takes half the time as it used to with our old system. I would really recommend Cybake because of the support I received anytime I needed anything. I’m very happy we switched over.”

Ben Ellis, owner and general manager of 460 Bread in Driggs, Teton County, Idaho, says that his primary interest in Cybake was to serve as a customer order portal for his wholesale artisan bakery.

Ben says: “Setting up the portal and order system was easy and the Cybake team has been excellent to work with. We like the customer portal and how well the order system integrates with our financial software and our production systems. It’s easy for our staff to learn and simplifies the relationship between orders, production and invoices.”

Ben adds: “Cybake is a software system that is designed for, and dedicated to, bakeries. We could not find other software solutions that were built for our particular problem set. We wholeheartedly recommended Cybake for commercial bakeries.”

Cybake’s managing director and the software’s original creator, Jane Tyler (pictured above, left), says: “We had a strong ambition to serve the U.S. bakery market ever since our first tentative enquiries from bakeries in New York. You could have called coming to the States in the middle of a global pandemic a bit of gamble but, if so, it’s one that paid off. With the positive feedback we’re receiving from our new Cybake users, America already feels like home.”

Seamus Quinn is the communications manager of Cybake and Cybake USA.

This is appalling. Watch out #bakers, even “natural vanilla flavour samples were also cause for concern, with half… twitter.com/i/web/status/1…