Palmerston Bakery is first in Australia to implement Cybake 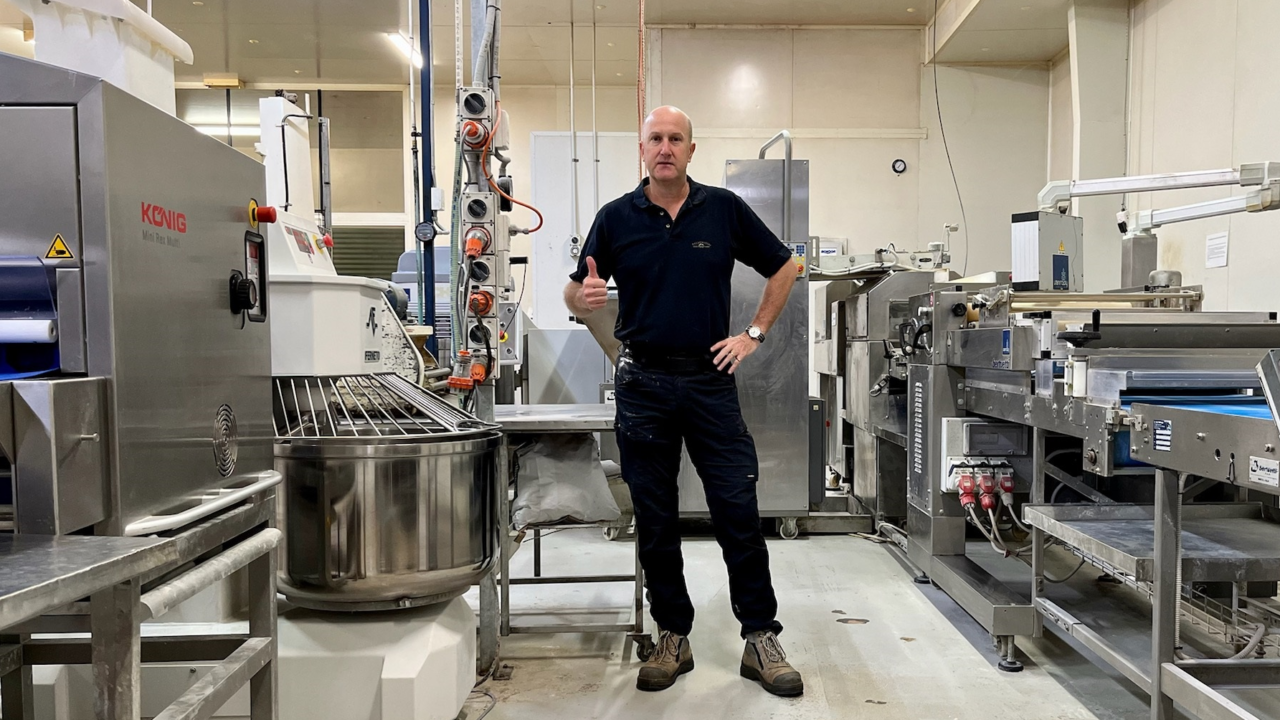 Palmerston Bakery in Palmerston, Northern Territory, is the first business in Australia to get up and running with Cybake bakery management software.

A wholesaler that started out as a hot bread shop in 1995, Palmerston Bakery can produce up to 20,000 bread rolls each day.

General manager Bryan Seears (pictured above) says: “We had a bespoke system before. It was built specifically for us many years ago. It was a good system, don’t get me wrong, but it just wasn’t keeping up with the trends. So, things like the weekly order schedule for customers in Cybake is a godsend for us.”

Summing up why he made the move to Cybake’s cloud-based system, Bryan Seears explains: “I think the big ticket is control. Control for our production team and admin. There’s just more control – it’s easier to access the information that we’ve got.”

Cybake cloud bakery software is used by retail and wholesale bakeries of all sizes to process orders and automate production, invoicing, deliveries, e-commerce, and more. The market leader in the UK, Cybake opened for business in Australia in February 2022, spearheaded by business development manager Josalyn Price.

Josalyn Price says: “As our first bakery here in Australia, it was a great experience helping to implement Cybake for Palmerston Bakery. Bryan is very knowledgeable and great to work with, so I got to learn a lot from him. Plus, it’s cool that our first customer is in the Northern Territory.”

Jane Tyler, Cybake’s managing director and the software’s original creator, says: “It’s fabulous to be making this announcement. A big thank you to Palmerston Bakery for being the first to believe in our software.

“We’d had quite a few enquiries from Australia before we opened, and a strong inkling that there was pent-up demand for a cloud solution like ours. Turns out that we not far off in our thinking. We will be announcing more Australian users soon and now we are in discussions with bakeries in New Zealand too.”