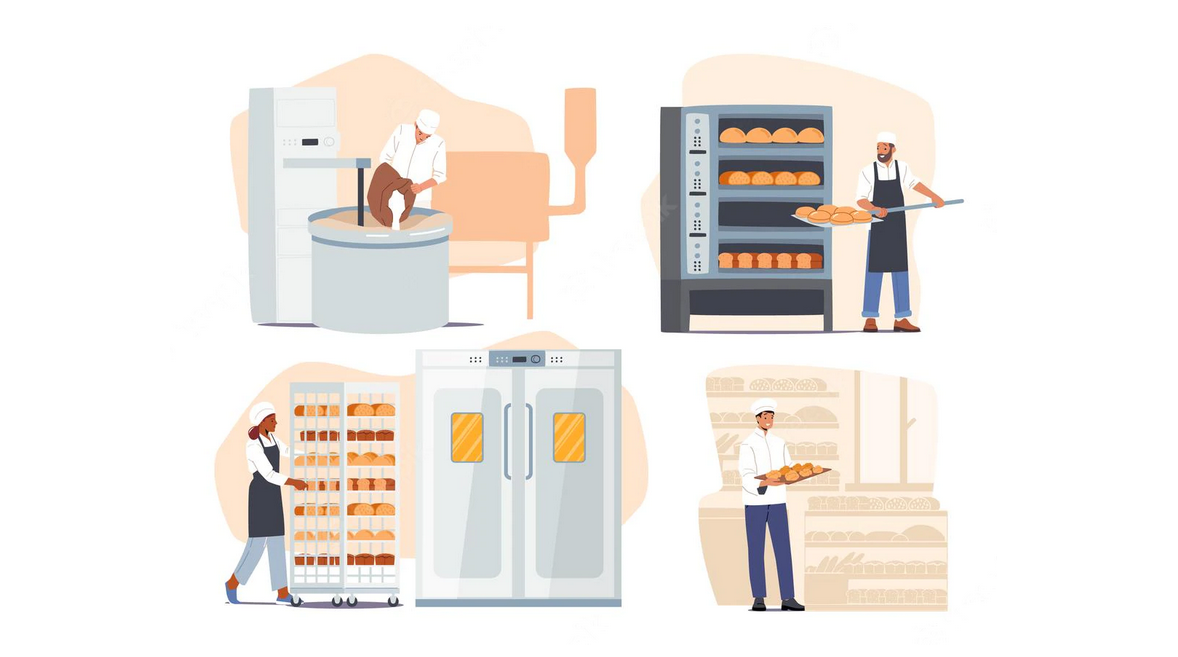 Whether they be our users, trade journalists or industry consultants, many people in the baking sector describe Cybake as bakery ERP software.

Personally, however, I have always baulked slightly at the term ERP, preferring to describe Cybake as bakery management software which, over the years, has become just bakery software for short.

Nowadays, the phrases “ERP software” or simply “ERP” and “business management software” are pretty much interchangeable. But, to people with an IT background, ERP means a slightly different thing. A thing, what’s more, that has its roots in a much earlier, and perhaps even bygone, era of computing.

The term “enterprise resource planning” (ERP) was first coined back in the 1990s. The key is the word “enterprise”. Back then, as now, an “enterprise” was understood in the IT industry to mean a business with over 1,000 employees, as opposed to a mid-size company (100-1,000 employees) or a small business (less than 100).

ERP was a handy way to describe how applications used by big companies, whether they be in manufacturing, financials, logistics or whatever, had expanded from their original purpose to try to do more or less everything. What was originally an application for auto manufacturers, for example, now did HR, accounts, facilities management, reporting, analytics, supply chain functions and so on.

All of which, of course, came with a big-business price tag. ERP applications ran on users’ large, expensive and proprietary servers, which were matched in price only by the ERP software that ran on them.

I originally developed Cybake 23 years ago for bakeries firmly at the smaller end of the business spectrum. By the end of the 1990s, Windows-based technologies had given programmers like me the power to provide smaller firms with the kind of business computing that their much larger competitors had been using for years, but at a vastly reduced price.

In the years that followed, my company was never tempted to turn Cybake into a wider application for, say, general food manufacturing. Nor have we tried to expand Cybake into other business tasks such as accounts, HR or general POS systems.

Instead, we concentrate on what we do best: bakery management. We suggest our users deploy similarly best-of-breed software solutions in other areas of their operations and we simply integrate Cybake to those so that data is shared between all of them.

On top of that, commercial baking is an endlessly fascinating sector and one that is quite enough for us, thank you. Once you take a step back and appreciate it, a bakery involves some of the most complex manufacturing that exists.

Plus, everything is all done against the clock, with the particular nuances, practices and split-second decisions that come with short shelf-life food. Also, there is nothing comparable to a baker’s shop, which, again, has its own very specific needs to run smoothly and profitably.

So, deep down, I am not sure that there will ever be an old-school ERP system that can really be configured to meet the needs of the kind of independent craft bakeries that make up the vast majority of Cybake users.

That’s not to say that other types of food manufacturer don’t use Cybake. As it happens, some do (ice cream makers, fish smokeries and so on). It’s just that our first and true love is baking and that is what Cybake will always be primarily for.

And it’s not to say that today’s Cybake isn’t an enterprise-level application. It is. A small number Cybake users are large businesses that employ way more than 1,000 people. The vast majority, though, are either small or medium-sized operations.

An awful lot of technological water has flowed under the bridge since the heyday of ERP. In 2022, the cloud now dominates business technology.

The model where users bought their own servers, ran IT departments, and wrestled with expensive per user software licences was simply blown out of the water by the cloud. Software companies that didn’t make the (admittedly high) investment to jump to the cloud consigned themselves to history.

Today’s model is that companies simply subscribe to a set of best-of-breed cloud software applications that each do their job really well and share data. If you were to build a large enterprise from the ground up right now, I am not sure that you would reach for an overarching ERP package at all.

Saying that, I would imagine that baking industry commentators will describe Cybake as bakery ERP software for some time to come. Undoubtedly, it can be described as ERP class. But, to me, Cybake will always be “software for running bakeries.” Or just bakery software for short.

To #ERP or not to ERP, that is the question... cybake.com/is-cybake-bake…